Monday we have bid our farewell to Kilda convinced that we would be back quite soon. We had great time circumnavigating the island and revisiting Boreray and the stacks on board of the Elisabeth G.

Then it was the infamous long crossing back to the mainland Harris. There, we met Mike from the Graphix again. And later the rest of the crew in the Anchorage for some much need steaks.

Next morning we dedicated to catching up with the world. To do that, we had to walk to the Levenbourg Post Office, where for £1 we got a sofa and wifi. This meant slow start to the day which resulted in sightseeing trip to Rodel.

Rodel’s a natural harbour with restaurant right on the shore. It is also famous for its church, one of the largest sixteenth century church in Britain.

I think, that the slow start due to the search for decent connection to be able to upload our blog, together with the forecast of southerly winds for the rest of the week, determinated our sudden end to the great paddle we had.
We crossed towards Loch Pooltiel on Skye convinced that we will finish in Glenuig where we started. Next day we even got up very early to get a good start and to try and make a distance towards south before the wind was to pick up. It was waiting for us and happily blown into our faces as soon as we made the first paddle stroke on Thursday. We battled on towards Neist Point.

However there it became clear that we weren’t to make great progress that day and that we have to really think of what to do next. Could we paddle another 25 kilometres against the wind without landing? Was it worth the struggle? And that’s when we realised that our heart wasn’t in it any more. Besides Michal has been getting calls from his boss, who was keen to see him sooner rather than later. We climbed on top of the hill overseeing the lighthouse to get better signal to catch the forecast on the VHF radio to make a decision.

We found it quite hard to give in once accepting a challenge, in the same time from past experiences, climbing or kayaking, we learnt that sometimes one just has to accept the inevitable and go with the flow, or wind. And so, what took us almost two hours to paddle against the wind, took us twenty five minutes back with it.

We passed the Pooltiel Bay again, this time aiming to Dunvegan. We’ve been there before, on our first kayaking trip few years ago, and with our dislike to enter deep bays, we tried to avoid it the day before on our crossing. Yet, here we were, making fast progress to the tip of the Dunvegan Head and then succumbed to the headwind paddle to reach the end of the bay.

Dunvegan, we decided, would be the end of our trip.

We entered Dunvegan on Thursday afternoon knowing we didn’t want to paddle any more, but not really knowing, what would happen next. After all we don’t own a car, just the boats. True, we placed posts on FB and UKRG forum hoping that somehow we would be able to sort things out. What we didn’t expect, was for things to move on so quickly. The same evening we were very kindly picked up by Gordon Brown and brought down to Skayak Adventures. A plan was made, our boats would stay on Skye for a while until being picked up by our friend from London in few weeks. 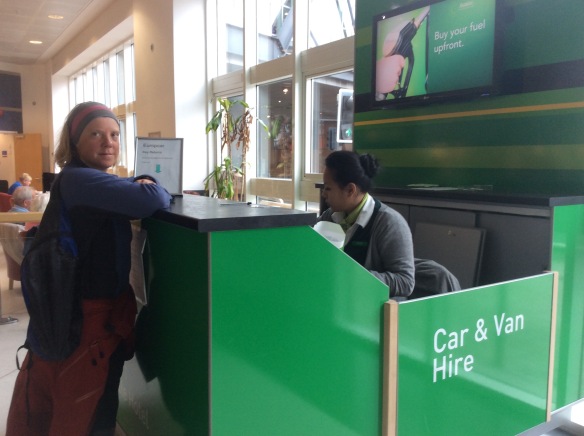 And so within two and half days we swapped from being expedition kayakers having just crossed the Little Minch to sitting at home in our armchairs with first load of washing done. And we know, that as much as being it about the sea, this trip was a lot about the people we met.

1 thought on “All good things need to end”