So here we were, about eighty kilometres from the finish or starting line, in Arklow, sleeping on the floor of the Rowing Club. The last date of our trip, Lindsey’s back to work date, was fast approaching, yet, the weather decided to tease us a little bit.

We knew we wouldn’t paddle on Thursday, and thoroughly enjoyed the day off. Eamonn and Gina from the club took us out for breakfast, which was very nice, and I n the afternoon we met more people going rowing. We politely declined the offer to join. No no, thank you, we do like to see where we going rather than the other way round. 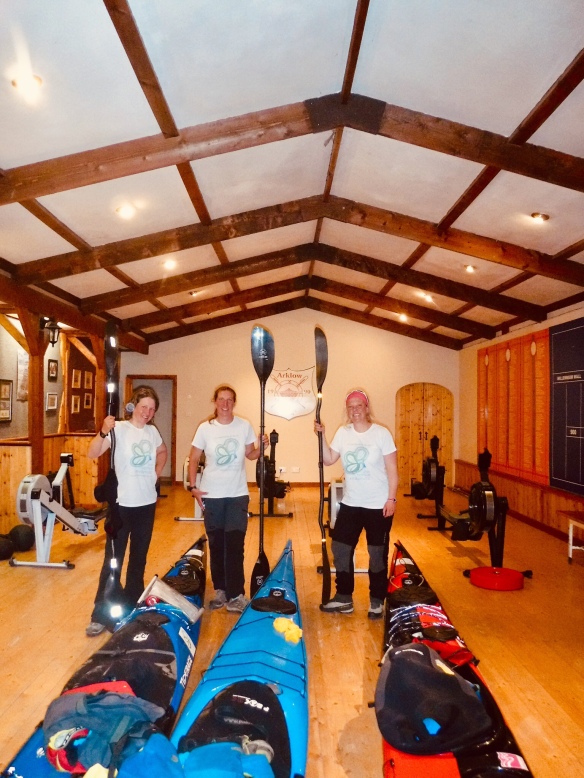 Then, we had to make the decision, it was obvious that this time, for once, the forecast wouldn’t change. Friday continued to be windy, gusting six, for the first half of the day, promising calmer afternoon. The swell forecast was still quite high. To go or not to go, take a chance or not, finish Saturday or Sunday, these were the options. In the end I left it to Lindsey, as she was the one who had deadline, both Zoe and I had more time to spare. Lindsey gave it a thought, and made the right decision of not going, the paddle would not be enjoyable, there wasn’t a point of ruining the trip in its last days. She decided to call work to explain that we were close, but depended on the weather. Her boss must be a very wise woman, she assured Lindsey, that all was fine. And so we had two days off in Arklow.

Finally we launched again on Saturday, I was smiling, going to Howth or as close as. The day was great, headwind and tide against us to start with, but so what. The first stretch to Wicklow was full of surprises, little beaches, lots of greenery, some rocks.

Wicklow Head stood high, waiting, the tide race could be seen, however by now the tide was with us and carried us through. We decided to stay away from the shore to make the most of the flow as we had a long long shingle grey stretch to follow. 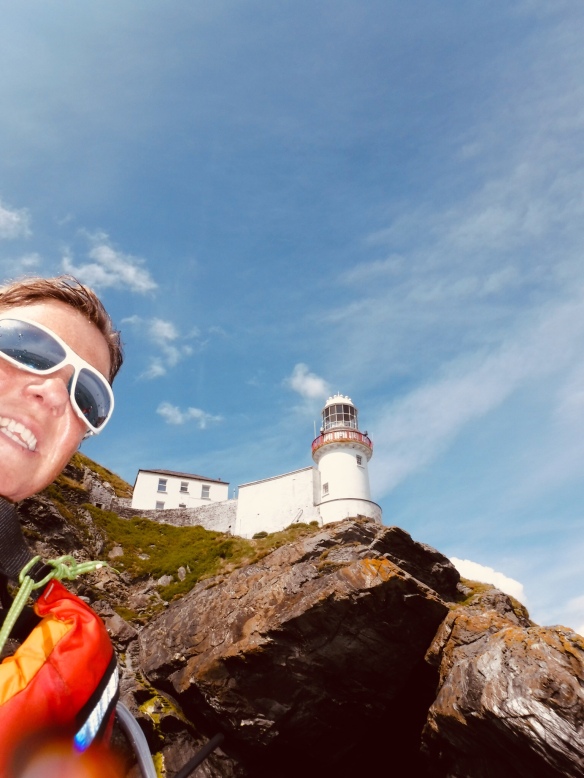 Yes, apparently the 25 kilometres of the Strand is the most boring paddle here in Ireland. I like monotone, so enjoyed watching the three individual white houses appear on the horizon, then get closer, then pass, then disappear into the distance behind me. There and now the train passed next to the shore, and planes were landing and taking off from an airstrip close by. Lots of things to be entertained by.

We were going to Howth, and eventually the headland came up on the horizon. Soon it became clear that we would get there the next day.

In the meantime we finished the stretch of the coast, went through Dalkey Sound and turned into Dublin Bay the scenery changed to line of many different houses, rather big than small with private landings. We found ours in Sandy Cove, small beach, bit of grass, benches and a leafy residential area all around. 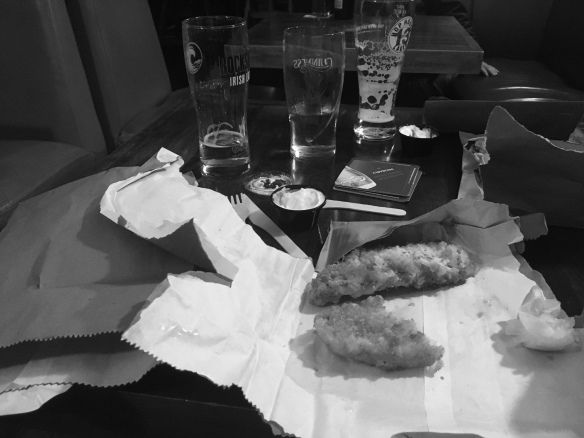 On the last night of our trip we were met by Zoe’s friends, went to pub with great music, then slept in the Thousand Star Hotel as we say in Czech Republic.

Sunday was our last day, not only we wanted to get to finish, we also wanted to get the ferry back to Holyhead. We woke up early, at 5am, and soon we were surrounded by crowd of people. Wow! This social media paddling is amazing, one would think, so many people to bid good bye to us. 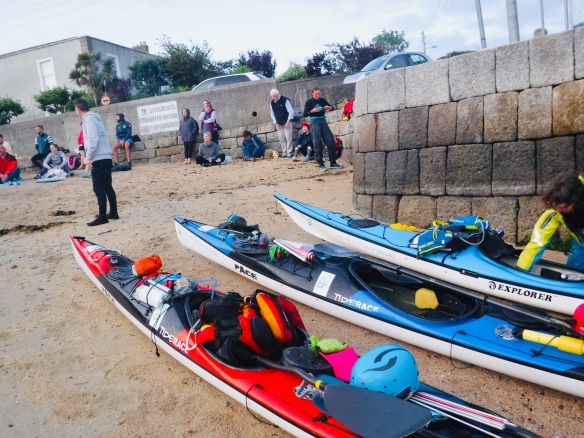 But no, the beach we chose to land on yesterday, was selected for a breathing swimming workshop that morning. While people sat on the beach breathing in and out guided by a drum, we were packing, eating breakfast, and disappearing behind rocks, all at 6am.

Eventually we left them to it, and started into the headwind again. We had Dublin Bay to cross. And as we went quite in to avoid the area where it splits into two lanes, the wind then pushed us back out to Howth. 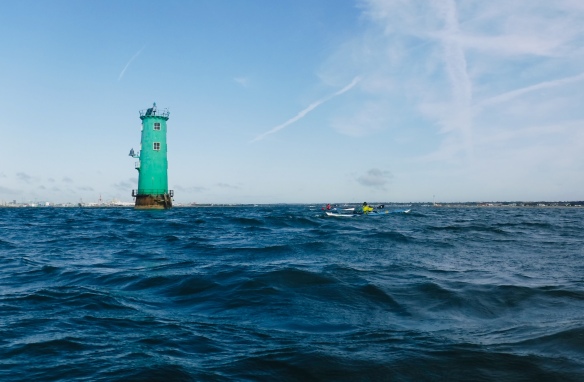 I remember Howth as a small rainy dark slipway with nothing much around. To my surprise it turned out to be a beautiful headland with the last lighthouse of our trip, and fairly impressive harbour busy with people, sailing boats, fishing boats, kayaks, diving boats, police boats, RNLI boats. 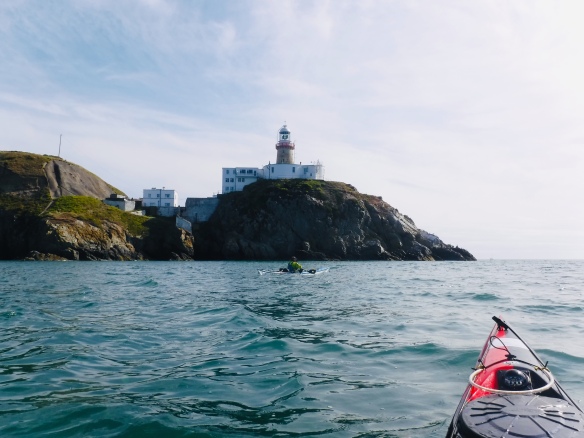 However, the main thing for us was, that there were people on the slipway waiting for us. We made it Howth, left to go north, arrived from the south. Are we there yet? Yes, we are.