We’ve lived in London for many years now. When we moved here, we knew we were moving into the capital city and a very busy town with people, roads, tube, buildings, pavements and all. We also knew that London was on the river Thames, however, at that time, it didn’t have any significant meaning to us, because after all most capital cities we knew had a river, Paris with Seine, Prague has Vltava, no big deal at all.

It was only later, when the river became our almost second home, we understood its the importance in the past and nowadays. Then, one day, we realised something even more significant. London isn’t just an ordinary capital city of a country; London could be viewed as a Mecca for outdoor sport, or at least where water is considered.

For a sea kayaker the tidal river Thames is a great place to paddle, we wrote about this many times. The changing landscape due to tide, standing waves under bridges, surf behind boats, powerful workout against tide, and smooth rides with it, we have spent countless hours going up and down through London. It is always different and we can’t have enough. With the conditions varying from mirror flat to wild fast flowing and confused water with waves exceeding meter in high it is an amazing place to learn and improve. Learning is an interesting and complex process. There and now it is important to change ones’ approach and try something new, something different. In the end what could be better than trying and applying the existing skills through different concepts of paddling to explore new levels and then bring this back to the original discipline.

So what role does London play in all this? It is the choice of opportunities. The possibility to do white water canoeing, flatwater freestyle, tiderace paddling or playboating within few days and in close proximity to London. 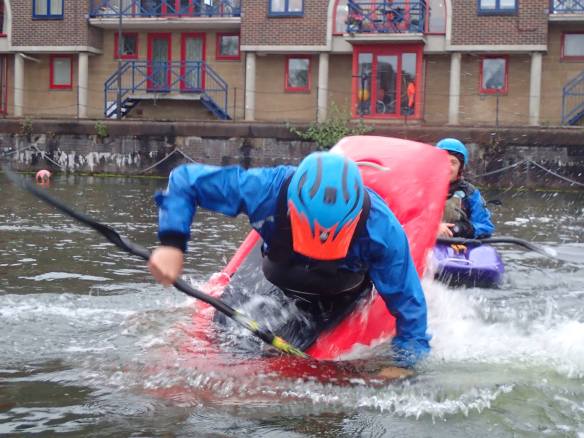 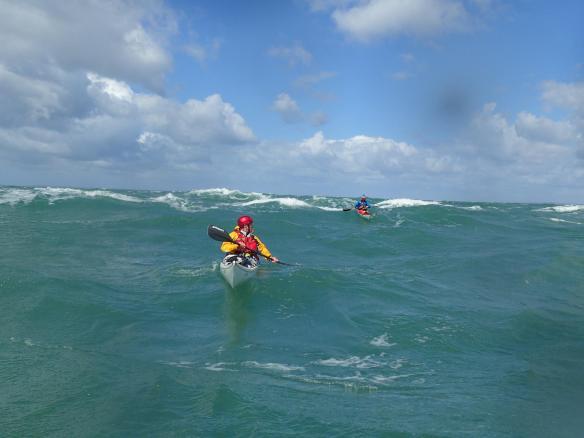 Last week, there could have been hardly a be better place to work on your paddling.

When we were still kayaking around the British Isle we received an invitation to come and stay at Burnham on Crouch Royal Sailing club and meet their kayaking section. Unfortunately due to our determination to finish by the date we have planned for and desire to avoid all mud flats and sand banks we haven’t stayed.
When we finished the trip we decided that it may be a good place to have one of our talks there. In the end, if they wanted to see us during our paddle, they may still want to see us after. They did! Ann, our friend then organised a talk for us there together with a paddle. It was an amazing day. Ten weather was perfect, skies were dramatic. About sixteen people and fifteen boats gathered to paddle during the day. What was impressive that people came from all over, Kent, Norfolk, Hertfordshire, Reading. Some even stopped other way home form South of Europe to Wales. And good they did, like this we could steal and use Taran’s map to show where we paddled.

Ok, it wasn’t hard core sea conditions, but the yachts were getting stranded and needed to be rescued, so there must have been something.

Besides, at some point we had to portage it, too. 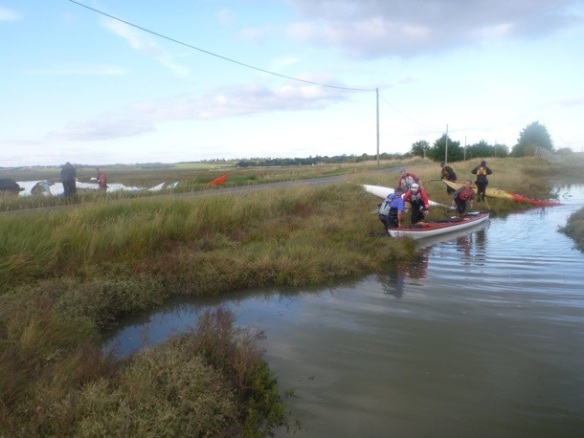 We truly enjoyed the talk as the audience was brilliant.
Thank you to Mike from Kent, who came to pick us up and dropped us off home afterwards. 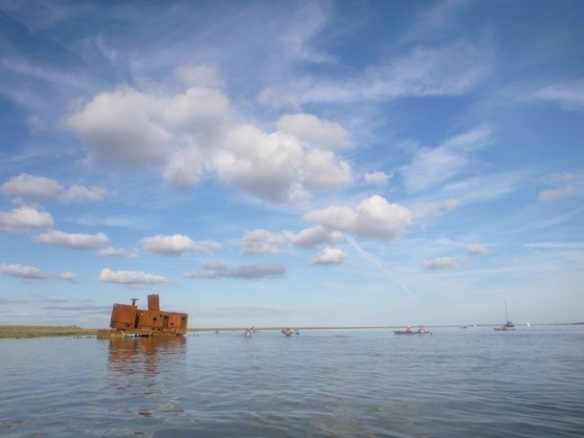 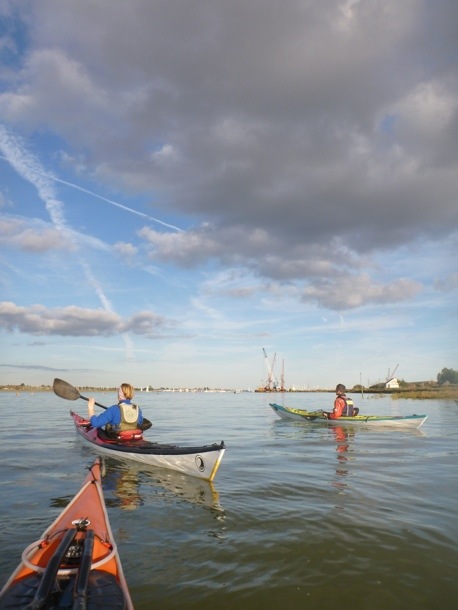